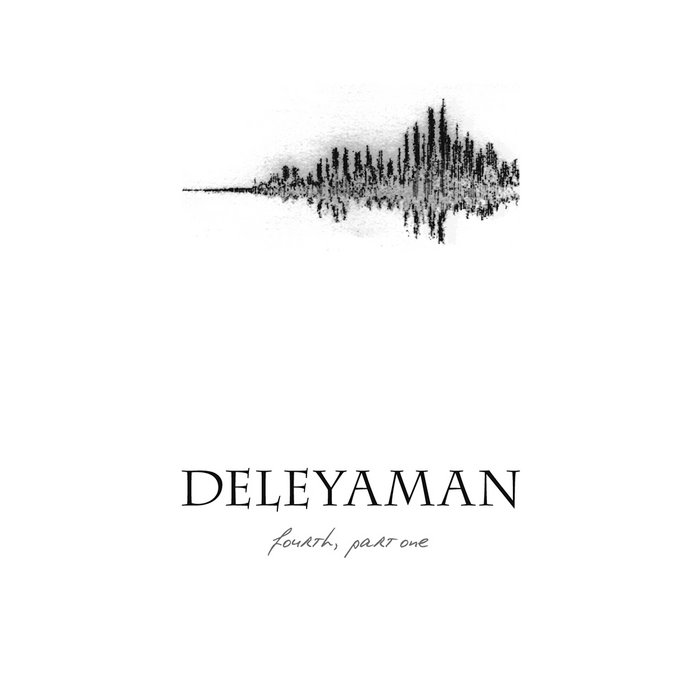 DELEYAMAN translate a sense of timeless spirituality into a contemporary and universal language. Hardly classifiable into a single genre, “Fourth, Part One” combines Darkwave with ethnic and ethereal elements.

Following the release of the album “3”, in 2006, over 25 titles were written and composed by DELEYAMAN. 11 of these compositions, entirely recorded, mixed and mastered in the band's studio in Normandy, France, were presented as “Fourth, Part One”. The remaining material is set to appear later as “Fourth, Part Two”, a complimentary yet contrasting sister-release which followed in early 2011.

The overall mood of this album is different from their prior releases, yet the sincerity with which they continue to explore their art is a constant in DELEYAMAN's work. Inspiration for the lyrics comes partially from the works of American poets E.A. Robinson, A. Hecht, R.W. Emerson, E.A. Poe, H. Crane and T. Stickney, but also from the Lebanese mystic poet Khalil Gibran. Most of the titles are sung in English, except for two tracks sung in Armenian and the track “Jardin”, sung in French, the words taken from the poem “Nous n'irons plus au bois”, by T. de Banville. The use of several languages by Beatrice Valantin and Aret Madilian, the two vocalists, has always been a distinct characteristic of the band, whose members all come from different backgrounds.

DELEYAMAN’s style, which to this day remains difficult to classify into a single genre, is further defined by the inclusion of the duduk, an Armenian wind instrument. More than simply adding an ethnic reference to their compositions, the duduk grants them a unique tone, emphasizing the ethereal and exotic qualities that allow the album to reach beyond the darker specter of alternative music from which the band originally derived. Through their art, DELEYAMAN translate a sense of timeless spirituality into a contemporary and universal language, carrying the listener into a mesmerizing world which still sounds comfortably familiar and close at heart. “Fourth, Part One” is presented in Digipak format, accompanied by a 32-page booklet.

Under exclusive license from TTO Records, U.S.A., for Europe.

Guest hosted by Tamar Osbourn aka Collocutor and Toshio Matsuura.