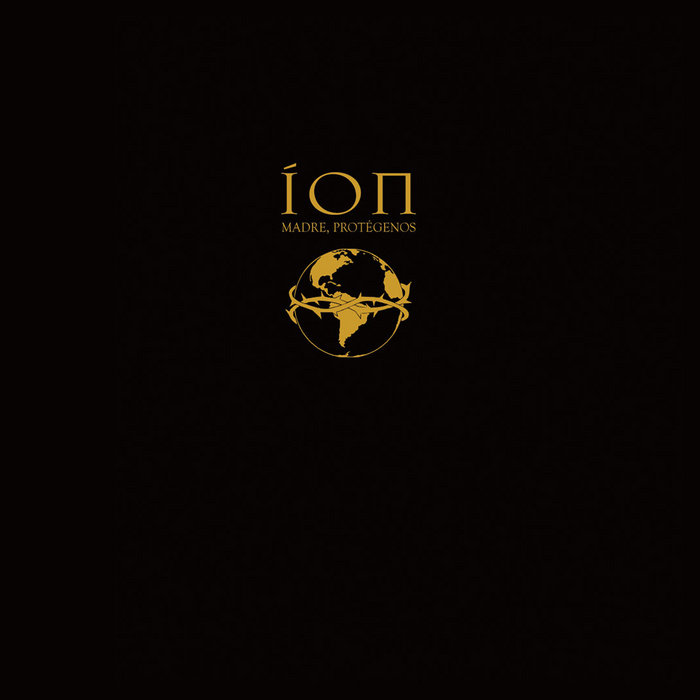 Named after the Gaelic word for 'pure', ÍON seems to illude strict categorization, and even the apparently all-encompassing definition of World Music falls short in defining the ethereal moods that "Madre, Protégenos" comes to reveal.

Duncan Patterson's career traces back to the early 90's, when he began his musical incursions as a member of ANATHEMA, a group that would pioneer and remain as forerunners of the unique Doom Metal genre throughout that decade.

Patterson would later also become involved with ANTIMATTER, a project which would find him developing his long-standing talent for emotional and atmospheric song-writing into new formats, and which he quit in late 2004 as the early sketches of what would later grow into ÍON were drafted.

One can arguably class ÍON as Patterson's most personal creation to date - a creation which he has fathered on his own, and one through which he taps deeper into his spiritual identity and heritage. This musical entity which Patterson has named after the Gaelic word for 'pure' - a word which accurately pins down the project's mindset - seems to elude strict categorization, and even the apparently all-encompassing definition of World Music falls short in defining the ethereal moods that "Madre, Protégenos", ÍON's debut album,
comes to reveal.

Though fairly minimalist in its overall approach, the album's true wealth stems from its various layered soundscapes and the introspective ambiance that they recreate. These provide the lighter toned and dreamier elements of the album with an ominous and melancholic shade - much like a sense of hopeful longing for piece of mind haunted by memories and nostalgia. Having Irish mysticism and an exotic Mediterranean backdrop as its essential cornerstones, the project has slowly evolved into an international venture, stretching over continents and oceans. "Madre, Protégenos" collects a rich array of influences that come to shape into a unique multi-textured body of work, based around smooth acoustic instrumentation (where acoustic guitar and various percussions take a leading role, alongside
occasional harp, flute or viola arrangements), discreet keyboard elements, and remarkable voices.

The patterns that fuse into "Madre, Protégenos" come not only from the varied instrumentation that musicians from Greece, Ireland, Mexico or Australia have added to the recordings. The album's unique diversity is equally produced by several female singers from Italy, Greece and Mexico who contributed to the album. Their appearances come to add pieces of each of their country's colours and dialects to the blissful lead interpretation of Russian muse Emily Saaen, in an eclectic musical quest which feeds not only on each of its characters ethnic heritage, but especially on their own spiritual recollections and experiences.

Guest hosted by Tamar Osbourn aka Collocutor and Toshio Matsuura.